Trypsin and trypsin-like enzymes are made by the pancreas for digesiton and circulate to the entire body to digest germs such as a virus, bacteria, parasite, scars and tumors.

Separate from structural needs we have great need for free nitrogen to kill germs. Nitrogen is the bases of gun powder and our white blood cells use plenty to bomb germs. Handleing this 'gun powder' can be tricky. Germs attempt to disable or intercept the 'missle' with their own defenses, rendering us with things like auto-immune symptoms, or just plainly an ineffective killing of germs, hence, chronic diseases.

In digestion we need to sparate all of the amino acids but there are the preditory germs that have different needs. One is that bacteria and viruses want lysine and violently dislike free arginine.

>>> getting off topic, move to 'amino acids, nitrogen, or ammonia', replace with a shorter version here <<<

The main physical purpose is to un-bind lysine from arginine so that the free arginine can be used by DNA for assembly into other proteins where needed, and to free up the nitrogen cluster in arginine. No other amino acid in protein contains this nitrogen cluster like arginine. There are only about 21 proteinogenic amino acids and arginine is unique. Body builders know the benefits of arginine in muscle growth, but not the inhibitor effect of lysine.

We often think of lysine in a lotion to apply to a herpes virus blemish to calm it down. Well, it is critical in the viruses survival and they make us feel bad until they get their lysine, like a spoiled child. They hate arginine and really make us uncomfortable when bothered (harmed) by the high nitrogen (gun powder) in arginine.

Lysine is the amino acid with the most amount of ammonia. The germs like the ammonia because it weakens the host cells to be more easily preyed upon for nutrient needs. Ammonia (NH3) is pushed back into and amine (NH2) when exposed to free electrons provided by things like niacin (flush) and other acids (vinegar, citric acid). Germs like their environment to be alkaline. We are more healthy when we slightly acidic and trypsin keeps the germs at bay.

Non-protein forming (non-proteinogenic) amino acids are thousands. These include neurotransmitters (taurine), metabolic regualters (insulin) and immunogegulators (thyroxine-T4). For growth and repair activity the arigine is critical.

The key issue is nitrogen, the bases of gun powder and the basis of an agressive immune response.

Organic 'gun powder' is when nitrogen is bound to a carbon.

Arginine contain more nitrogen than any of the other amino acids. This makes arginine more favorable to life.

The organic gun powder is passive, storred as C-N.

The active gun powder is when the carbon is replaced by oxygen. Oxygen is highly reactive.

The new molecule is called 'reactive nitric-oxide species'. It can be in multiple forms so called a species.

Nitric-Oxide (NO-) is covered in another chapter. Red blood cells use their high oxygen content to activate nitrogen as it moves away from the heart because NO- penetrates up to three cell layers, relaxes the arteries to lower resistence (lowers blood pressure) to move until the oxygen runs out, then the capilliaries tighen to push the depleted red blood cell back towards the heart to be cycled through the lungs and refilled with oxygen. This is about a 20 second trip. Ten seconds of oxygen rich red blood cells moving aways from the heart by producing NO-, then 10 seconds moving back to the heart / lungs to be refilled. Circulation and blood pressure are a function of organic gun powder that kills germs along the path.

Ammonia (NH3) is noted to cause liver and brain damage, or in general, makes us sick.

We can smell ammonia in urinals and diaper pails. Ammonia breath test measure intestinal germs such as h.pylori.

Bicarbonate (HCO-) buffers the ammonia by providing an electron to replace one H proton in NH3 to become NH2; ammonia to amine, respectively. Baking soda (sodium bicarbonate) is used to get rid or the smell of a diaper pail. A blood test for bicarbonate is by measureing the level of carbon dioxide (CO2) which keeps us hydrated and slightly acidic for health. People with breathing disorders, panting, asthma tend to expel too much CO2 and render their bicarbonate too low, become alkaline, and cannot breath properly. We use a paper bag to breath in and out of to restore our CO2 levels and avoid passing out. This is method of reducing ammonia in the blood, breath slowly but fully, not gasping or we become too rich with ammonia and have symptoms of ciarrhea, liver failure, kidney disease and anorexia (malnutrition causing weight loss). 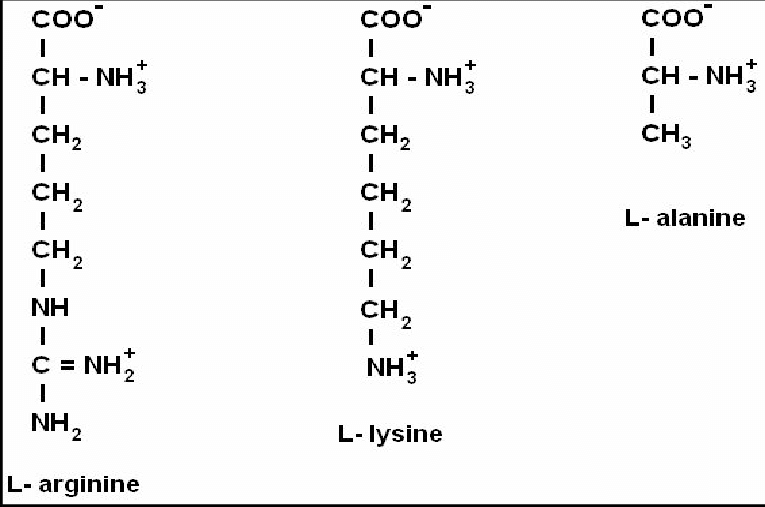 Allanine is removed from the body by the liver enzyme ALT - ALanine Trans-amin(e)-ase
ALT on your blood report is a direct indication of liver disease.
CO2 on your blood report indicates blood plasma levels of ammonia.
The breath test for stomach ulcers (h.pylori) detects ammonia levels in your breath

Ammonia is toxic. Ammonia is a mechanism for 2019-nCoV (virus) to become Covid-19 (disease)

Ammonia - NH3 is highly toxic to brain and liver, causes retardation in youth or dementia in adults.

Note: lysine is extremely high in bacteria and viruses, near to toxic levels in skim milk powder or whey protein powder. Order of levels, worst to best:

milk solids > milk fat,
the solids are the protein which is high in lysine, the fat is an oil and very healthy.
notice that some butter is made from cream and others are made with milk solids
milk solids make us very sick due to lysine and glutamates (MSG)
milk fat make us healthy and youthful with fewer diseases.
lysine is directly related to male infertility (ED)
lysine destroys the immune system by capturing arginine to render the nitrogen

Cryo-EM structure of the SARS coronavirus spike glycoprotein in complex with its host cell receptor ACE2.

The trimeric SARS coronavirus (SARS-CoV) surface spike (S) glycoprotein consisting of three S1-S2 heterodimers binds the cellular receptor angiotensin-converting enzyme 2 (ACE2) and mediates fusion of the viral and cellular membranes through a pre- to postfusion conformation transition. Here, we report the structure of the SARS-CoV S glycoprotein in complex with its host cell receptor ACE2 revealed by cryo-electron microscopy (cryo-EM). The complex structure shows that only one receptor-binding domain of the trimeric S glycoprotein binds ACE2 and adopts a protruding "up" conformation. In addition, we studied the structures of the SARS-CoV S glycoprotein and its complexes with ACE2 in different in vitro conditions, which may mimic different conformational states of the S glycoprotein during virus entry. Disassociation of the S1-ACE2 complex from some of the prefusion spikes was observed and characterized. We also characterized the rosette-like structures of the clustered SARS-CoV S2 trimers in the postfusion state observed on electron micrographs. Structural comparisons suggested that the SARS-CoV S glycoprotein retains a prefusion architecture after trypsin cleavage into the S1 and S2 subunits and acidic pH treatment. However, binding to the receptor opens up the receptor-binding domain of S1, which could promote the release of the S1-ACE2 complex and S1 monomers from the prefusion spike and trigger the pre- to postfusion conformational transition.